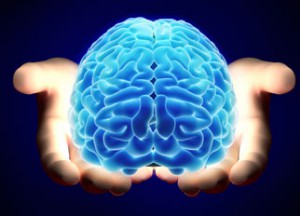 Many of the institutes below, such as that at the University of Oxford, Queen’s University Belfast, and Aarhus University grant degrees focused specifically in CSR.

Other research centres, such as that at University of California, Santa Barbara, offer degrees with concentrations in CSR.

Also listed here are research institutions, such as the Institute for the Bio-Cultural Study of Religion and Center for Mind and Culture, which do not grant degrees but undertake relevant research and often have Post-Doc opportunities.

University of Oxford: Centre for Anthropology and Mind, Institute for Social and Cultural Anthropology.

The mission of the Centre for Anthropology and Mind (CAM) is to generate ground-breaking scholarship in the cognitive scientific study of culture. Certain aspects of human culture and behaviour appear to be universal, whereas other features vary significantly from one population to the next. Research at CAM is directed to explaining cultural regularity and variation.

Doctoral projects in CAM similarly cover a broad spectrum of topics. All doctoral researchers in the School of Anthropology are admitted to a generic “DPhil in Anthropology.” Research students in CAM normally enter the DPhil programme via the MSc in Cognitive and Evolutionary Anthropology or the MSc / MPhil in Social Anthropology. Students may also be admitted to CAM’s DPhil having completed an alternative Master’s degree in a relevant area (e.g., social anthropology, linguistics, human evolution, cognitive science, experimental psychology, etc.). Because doctoral research in CAM has a scientific orientation, students without previous scientific training (including quantitative research methods) will normally be asked to compensate for this lack of training during the course of their doctoral studies, in some cases lengthening the overall time required to complete the D.Phil.

Aarhus University: Religion, Cognition, and Culture Research Unit in the Department of the Study of Religion.

The Religion, Cognition and Culture (RCC) research unit explores the dynamic interrelationships between religion, cognition and culture from both top-down and bottom-up disciplinary approaches. Its scientific methodology is explicitly interdisciplinary and draws on and practices laboratory methods as well as fieldwork, textual, iconological and archaeological methods in close cooperation with its partners in psychology, the neurosciences and the humanities.

Students can pursue doctoral studies in the cognitive science of religion within the context of the Department for the Study of Religion which has particular strengths in Asian (Buddhism, Hinduism, Chinese religions), Middle Eastern (Islam and Arabic languages, Jewish Studies, Israelite religion, and a variety of Hellenistic groups), European and American (Christianity, Old Norse, Greek and Roman religions, new religions) and Indigenous religions. Furthermore, there are strengths in the Philosophy of Religion and History of Ideas as well as the Sociology of Religion. Doctoral studies in the cognitive science of religion also make use of labs and centers coordinated under MINDLab within the Aarhus University Neurocampus. The RCC is currently developing a special Master’s Program in the cognitive science of religion. There are also courses for undergraduates as well as individual advisory possibilities for undergraduate exchange students.

The RCC, which became a Research Unit in 2009, grew out of research priority areas initiated in 2003 by Armin W. Geertz and Jeppe Sinding Jensen who have been working with cultural psychology and religion since the late 1980s and religion, cognition and culture since 1990. In 2009 Jesper Sørensen was invited to become MINDLab Associate Professor at the RCC. He has worked with the cognitive science of religion since 1995 and specializes in magic and ritual behaviour.

The Centre for Human Evolution, Cognition, and Culture (HECC) was established to create a research and training hub that will simultaneously advance understanding of the human species within the framework of Darwinian evolutionary theory and maximize the contribution of the University of British Columbia and the Simon Fraser University researchers to this rapidly developing field. The Centre will accomplish these goals by fostering collaborative relationships among faculty, postdoctoral fellows and graduate students, and between these individuals and researchers in other parts of British Columbia and around the world; by supporting cutting-edge research projects, especially those that are interdisciplinary in nature; by providing undergraduates, graduate students and postdoctoral fellows with world-class training that transcends traditional disciplinary boundaries; and by disseminating the results of its members’ research to academics in other fields, policymakers and the public both directly and through the media.

Students can pursue doctoral studies in cognitive science of religion that make use of the resources of the Centre through programs in Asian Studies and Psychology.

[From the institute’s website] The International Cognition & Culture Institute is an initiative of the Department of Anthropology of the London School of Economics and Political Science made possible by an initial grant from the LSE and support from the Institut Jean Nicod (ENS, EHESS, CNRS) in Paris. The rationale for this Web Institute is twofold:

Scholars in the emerging cross-disciplinary field of cognition and culture studies are scattered around the world and few (if any) institutions has a sufficient number and variety of them for optimal research and teaching.

It is in the very nature of this field to call for international and interdisciplinary collaborations. A number of programs are already contributing to the networking made necessary by the emergence of this new field. This Web Institute has no time limit and no fixed agenda, and is seen as complementary to these more focused initiatives. The ICCI is directed by Dan Sperber. Other members of the ICCI are Rita Astuti (LSE), Nicolas Baumard (Oxford), Pascal Boyer (Washington University, St Louis), Nicolas Claidière (St Andrews), Hugo Mercier (University of Pennsylvania), Olivier Morin (Institut Nicod), and Charles Stafford (LSE).

Founded by Queen’s University Belfast in September 2004, the Institute of Cognition and Culture (the ICC) is one of the world’s first multidisciplinary centres for research in the cognitive science of culture. This is a new and rapidly growing field in which scholars seek to explain patterns of cross-cultural variation using the methods and theories of the behavioural sciences (especially, experimental and evolutionary psychology).

Specific areas of concentration are social cognition and the cognitive science of religion, though we often pursue and support research that falls outside of these domains and our work articulates with the research interests explored in other parts of the school (e.g., Anthropological Studies and the Institute of Irish Studies).

Faculty include: Dr. Paulo Sousa, Director of the ICC and Lecturer in cognitive anthropology in the School of Anthropological Studies; and Jon Lanman.

[From the center’s website] The Center for Mind, Brain, and Culture was created in 2007 and moved into its current location in the new Psychological and Interdisciplinary Sciences Building in 2009. It is funded primarily by a grant from Emory College for the express purposes of founding the Center and of assuring its continuation.

The Center’s mission is to foster inquiry, research, and teaching from multiple explanatory perspectives concerning issues and phenomena associated with mind, brain, and culture and their relations. The Center’s mission rests on the assumption that inter-disciplinary dialogue and collaboration are vital for obtaining richer explanations of the abilities, behaviors, and processes, both cognitive and social, of humans and other species. Such inter-disciplinary exchange will (1) inform faculty and student research, (2) contribute to curricula, and (3) lead to a wide variety of research projects that develop, explore, compare, and, when possible, integrate explanations from multiple analytical levels. Among those multiple approaches, the Center places particular emphasis on the tools, methods, and findings of the sciences in the study of mind, brain, and culture. Relevant explanatory perspectives include but are not restricted to neuroscientific, cognitive, developmental, evolutionary, comparative, cultural, social, linguistic, and computational. The Center’s mission also encompasses humanistic perspectives on mind, brain, and culture from such disciplines as philosophy, religion, history, languages, and literature. In addition, the Center welcomes contributions from scholars who have appointments within the various professional schools.

The Center holds that successful inter-disciplinary activity is most likely to arise from grass roots cooperation. The Center will support those with pertinent interests in learning from one another and in working together as researchers and as teachers. The Center aims to develop programming that will aid its various constituencies to pursue and share their multi-disciplinary projects. We will also encourage interested persons to interact whose professional work in different fields is concerned with related issues of mind, brain, and culture but who seldom have opportunities to listen to and learn from each other. The Center’s initiatives help to forge a larger community of scholars concerned with mind, brain, and culture at Emory and to highlight and promote the important inquiry on these topics that already occurs at Emory.

The Center sponsors multi-disciplinary graduate seminars and an associated colloquium series. The Center also offers a popular but space-limited lunch series associated with a blog that allows speakers, attendees, and others to discuss inter-disciplinary issues concerning mind, brain, and culture. We also host summer workshops and informational sessions on techniques and tools that will be of use to a broad array of scholars from a variety of disciplines. We encourage Emory faculty, post docs, and graduate and undergraduate students whose interests coincide with the Center’s mission to become an Affiliate and to participate in the Center’s activities.

The Center is directed by Lynne Nygaard (Psychology).  The Center’s Associate Director is Dietrich Stout (Anthropology).

Institute for the Biocultural Study of Religion

[From the institute’s website] The Institute for the Biocultural Study of Religion was founded in Boston by Patrick McNamara and Wesley Wildman to conduct research into the biological and cultural functions of religion. The Institute develops, supports, and catalyzes research initiatives into the manifold functions of religion. This involves: conducting research at the intersection of culture and the mind, focusing on religious behaviors, beliefs, and experiences; sponsoring the research efforts of others in this area; coordinating international research projects in order to achieve large sample sizes and to register cultural differences; and involving multiple disciplines—including cognitive sciences, medical sciences, social sciences, psychology, religious studies, and humanities—to produce interpretations of religious behaviors, beliefs, and experiences with the requisite sophistication and sensitivity.

Laboratory for the Experimental Research of Religion (LEVYNA)

LEVYNA is an interdisciplinary centre affiliated with the Department for the Study of Religions, Faculty of Arts, Masaryk University, Brno, Czech Republic. It is exclusively dedicated to the experimental study of religion. Combining methods and expertise from the Humanities and the Sciences, LEVYNA brings together researchers with backgrounds as diverse as Religious Studies, Anthropology, History, Psychology, and Philosophy, who work collaboratively to investigate religious belief and behaviour. It also aims to train young scholars in employing scientific methods in the study of religion. LEVYNA seeks to produce high quality research on religion through cross-disciplinary collaboration, methodological integration and innovation. The lab is directed by Radek Kundt.